George is a principal architect and senior project manager for the firm. His design background includes commercial and industrial buildings, and educational facilities. He has expertise in barrier removal, renovation, new design, and code analysis, and has performed surveying work for numerous schools and universities in the San Francisco Bay Area, as well as detailed surveys for compliance with ADA and California Title 24. George is involved with all aspects of the projects he manages and designs, carrying them from conception to completion. Before joining Interactive Resources in 1995, George was a manager at Cometta/Cianfichi, overseeing projects for various community college districts in the San Francisco Bay Area.

George lived in his native Japan until age 18, where a version of the TV program The Brady Bunch, with a paternal architect and an indelible round window, made a lasting imprint and road map for George’s professional ambitions. George loves jazz music, high performance cars and motorcycles, and all sorts of dogs. 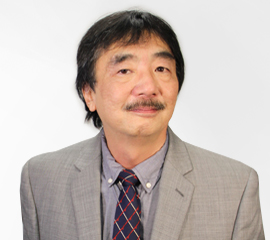