Shirley and Tom Butt moved to Richmond from Marin County in 1973, taken in by the natural beauty and potential of the area to build their professional and personal lives. For several years, Shirley worked as a computer systems analyst, and later, she helped manage Interactive Resources. Today Shirley is the firm’s Corporate Secretary, and manages all aspects of its real estate partnerships, in addition to overseeing corporate matters.

Shirley has an undergraduate degree in mathematics from the University of North Carolina where she was inducted into Phi Beta Kappa. She later received a Master of City Planning Degree from U.C. Berkeley.

In addition to her work for the firm, Shirley is a dedicated  community activist and volunteer. Along with Tom, she serves as a director for East Brother Light Station, Inc., a non-profit corporation which restored and maintains the historic Victorian lighthouse, including a bed and breakfast operation, on a small island in San Francisco Bay. An amateur naturalist, she enjoys gardening, watercolor painting, hiking, and travel.

Shirley and Tom’s two sons, Andrew, an architect, and Daniel, a lawyer, live and work in Richmond with their young families. They enjoy spending time with their sons, daughters-in-law Kim and Sara, and their combined five grandchildren. 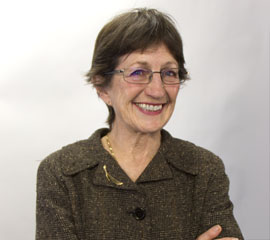