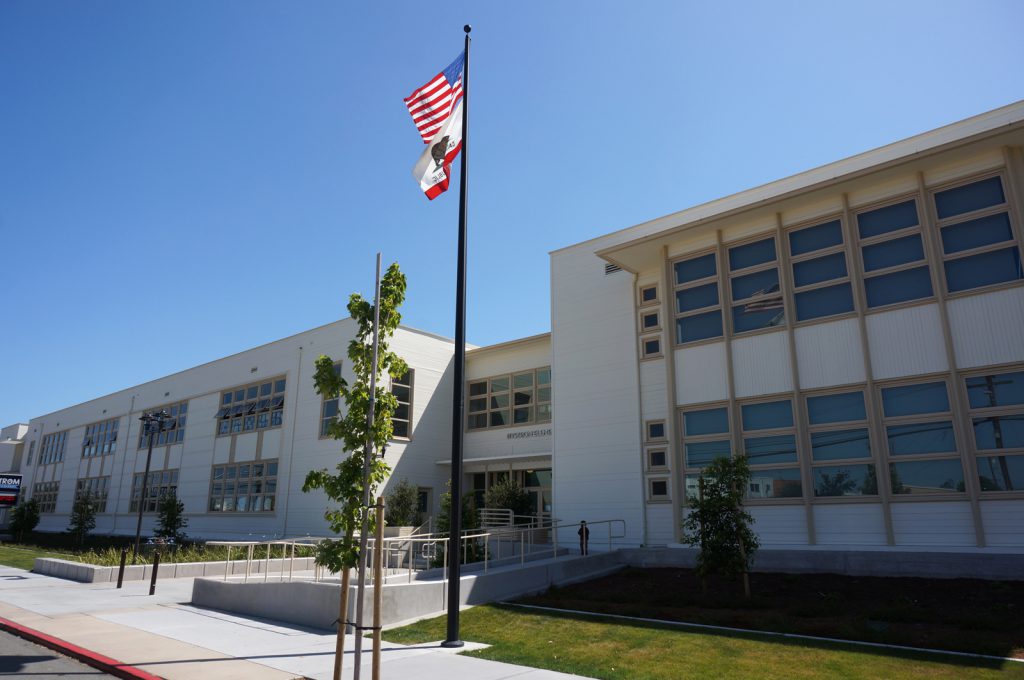 We’re excited to share the following announcement from Congressman Mark DeSaulnier, who has successfully passed a measure to add Nystrom Elementary School in Richmond to the Rosie the Riveter/World War II Home Front National Historical Park. Interactive Resources designed the complete modernization and historical rehabilitation of Nystrom’s 48,000 sf, two-story classroom and administration building, and the new construction of a 14,000 sf state-of-the-art multipurpose building, which also can serve as a community center for the surrounding neighborhood.

The historic Nystrom Elementary School was originally constructed in 1943 by the Kaiser Company for the US Maritime Commission to serve as the primary elementary school for the children of workers in the nearby shipyards. It is a momentous, fitting, and important act of preservation to have Nystrom officially added to this remarkable cultural and historical resource.

Washington, DC – Today, Congressman Mark DeSaulnier (CA-11) passed an effort to add the Nystrom Elementary School in Richmond, California to the Rosie The Riveter/WWII Home Front National Historic Park. The amendment was included in the Protecting America’s Wilderness and Public Lands Act (H.R. 803), which passed the U.S. House by a vote of 227-to-200. The bill now moves to the U.S. Senate for consideration.

“The families of Richmond and West Contra Costa County played a critical role in our nation’s World War II efforts. Expanding this culturally significant site to include the Nystrom Elementary School will better tell the story of the history of our community and honor the service of all who contributed during the war,” said Congressman DeSaulnier.

Nystrom Elementary School was built during World War II to accommodate the large number of families that moved to Richmond to work at the Kaiser Shipyards. Located just north of the current historic park, it was built as part of a planned development that includes the Maritime Child Development Center, which has already been preserved as part of the park, as well as the Nystrom Housing Area, which has been scheduled for future preservation and redevelopment by the city of Richmond. Congressional approval of this addition is required by the law that created the Historic Park.