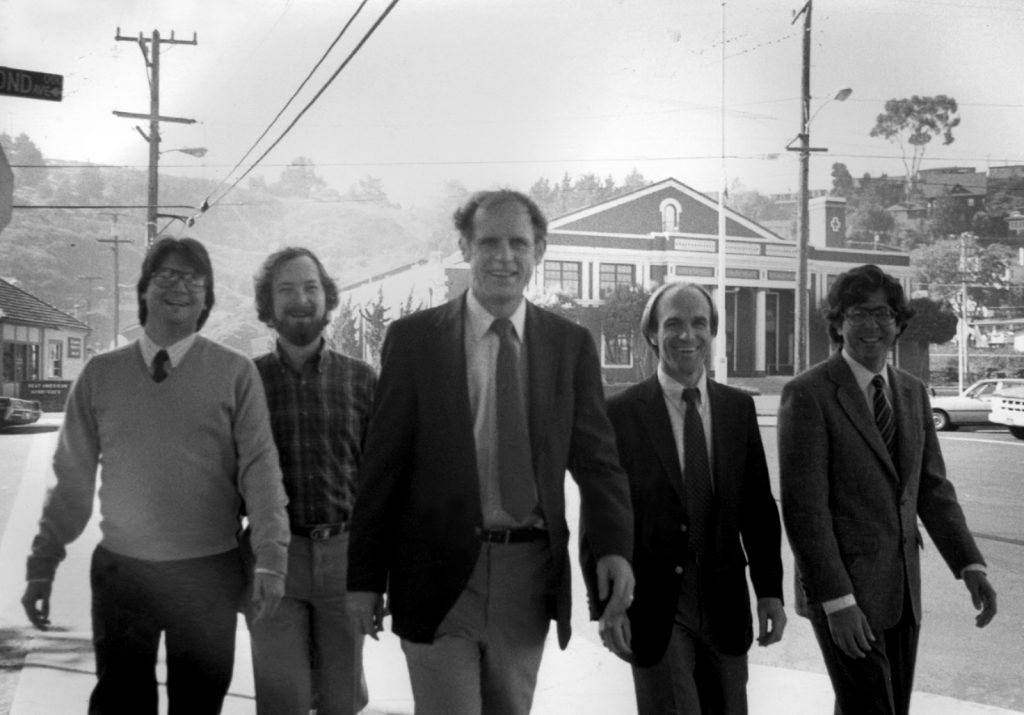 Interactive Resources was founded in 1973 by five individuals who shared a vision for a consulting firm that could provide comprehensive interdisciplinary services, from site acquisition through project planning design and construction. In addition, the firm would participate as an owner in real estate development projects. The name “Interactive Resources” was originally conceived to describe this goal of bringing together several design disciplines to better integrate the architecture and engineering professions.

The founding partners were Tom Butt, FAIA, John Clinton, SE, AIA, George Faucette, Robert Johnson and Patrick Leamy, AIA. Only Tom Butt and John Clinton went on to establish Interactive Resources; the others remained in their existing occupations and eventually relinquished their ownership in the business.

When they first met, founding members Tom Butt and John Clinton were serving as engineer officers in the U.S. Army Corps of Engineers in Vietnam in 1969, HHC, 159th Engineer Group, headquartered at Long Binh, Vietnam. The two became reacquainted in 1971 while commuting into San Francisco on the Sausalito Ferry.