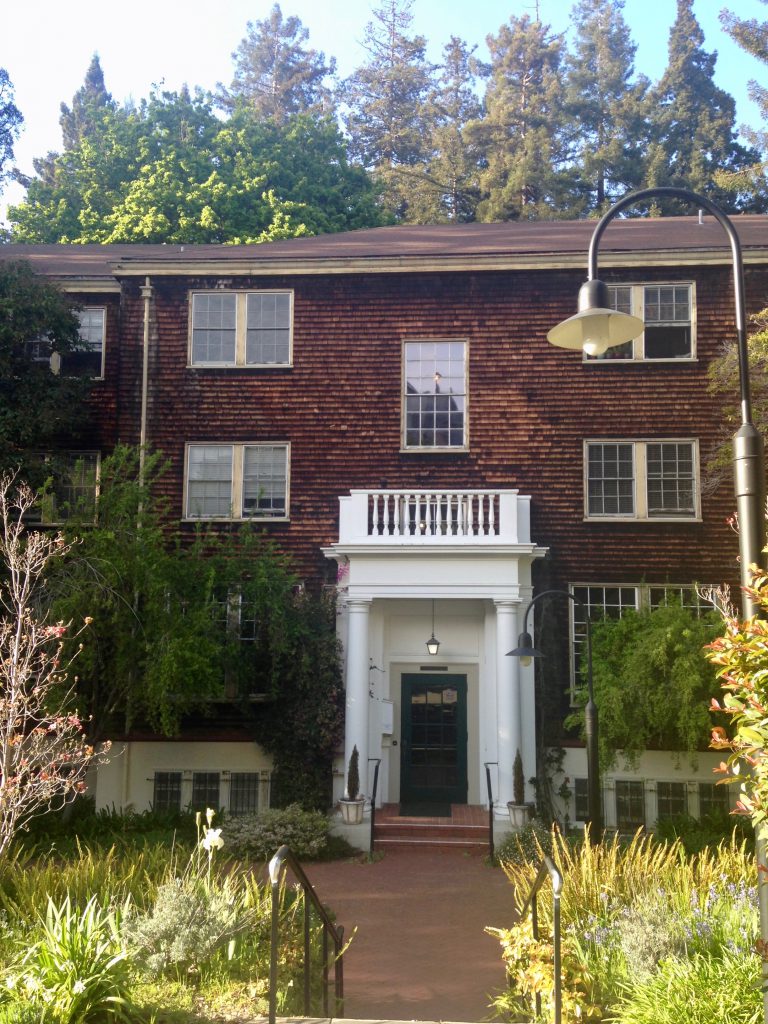 Interactive Resources has a long and successful practice of providing historic preservation services. We have designed and overseen the construction of hundreds of historic rehabilitation projects. One such recent project is for the University of California, Berkeley Women’s Faculty Club, designed by architect John Galen Howard and completed in 1923. According to UC Berkeley, it is the only women’s faculty club in the nation with its own building, and was conceived and formed through the initiative of Lucy Ward Stebbins, the second Dean of Women on the Berkeley campus, who began organizing with women faculty in 1919 (at the time, women were not allowed to join the existing Faculty Club). For nearly a century, it has served as an intellectual meeting place, residence and dining facility for faculty and students.

The Women’s Faculty Club is listed on the National Register of Historic Places; therefore, any work, including roofing, must follow the Secretary of the Interior’s Standards for the Treatment of Historic Properties. The four-story wooden structure contains multiple hipped roofs that were originally wood shingle with ornamental cornices containing copper gutters. It is located on the UC Berkeley campus in a Woodland Urban Interface high fire risk area.

In 2018, UC Berkeley Capital Projects asked Interactive Resources to develop a re-roofing design that maintained the historic character of the building while simultaneously altering the traditional materials and detailing to comply with the Secretary of the Interior’s Standards  and California Building Code requirements (sections 705 and 706) for high fire risk zones.

Our design included the installation of a 40-year asphalt, Class “A” roof and custom copper flashings and gutters. All work meets the Secretary of the Interior’s Standards for the Treatment of Historic Properties, Rehabilitation Treatment. The project will be completed this summer.

As a postscript, in the 1960s, the Women’s Faculty Club members voted against merging with the Faculty Club, and for many decades now, both clubs’ memberships are open to all faculty and staff, present and retired.

* In 1929, Virginia Woolf’s seminal essay “A Room of One’s Own” was published, laying bare the need for women to have their own physical and financial space to pursue intellectual independence and creative opportunity.