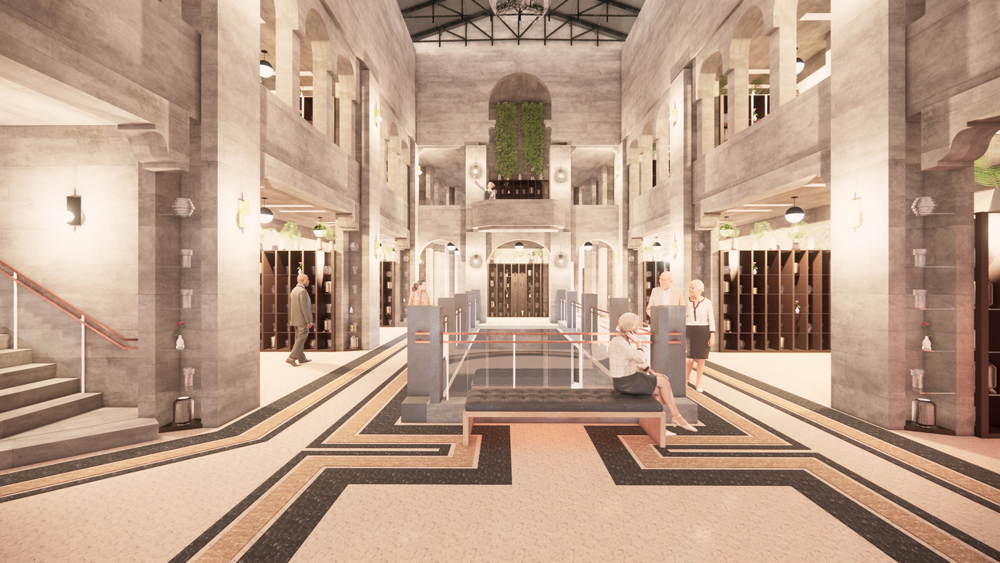 Cypress Lawn Memorial Park was founded in 1892 by Hamden Holmes Noble as the final resting place for many prominent families across San Francisco and California. A member of the San Francisco Mining Exchange, Noble invested in hydroelectricity and launched a power company that ultimately became part of Pacific Gas & Electric. Noble’s civic vision was to establish a “garden-style” cemetery with winding roads and open spaces, where visitors could stroll and meditate. Today, the 150-acre Cypress Lawn grounds include a majestic internationally-certified arboretum. It is the largest non-sectarian cemetery in Colma, California.

Interactive Resources was retained by Cypress Lawn to design various upgrades including improvements to the corporation yard and its parking area; the installation of a new generator; design of a new six-foot fence at Olivet Memorial Park; the design of a new Newall Chapel; and a two-story office building.

For the Columbarium building itself, we are designing interior improvements of the three-story atrium space so that it can be used for its intended purpose for the storage, display, and visitation of cremated remains. The following are preliminary renderings from Interactive Resources’ designer Sabrina Richter and Managing Principal Andrew Butt.